The Indigenous cultures of Australia are the oldest living culture in the World.  The Aboriginal culture has been handed down by countless generations through their Dreamtime stories, which still exist today

Indigenous Australians descended from groups that lived in Australia and surrounding islands before British colonisation. They include the Aboriginal and Torres Strait Islander peoples of Australia.

Prior to colonisation which began in January 1788, the Australian Aborigines lived a lifestyle based on their Dreamtime beliefs. Aboriginal people caught and collected their food every day. They had an intimate knowledge of food-chain cycles, the migration patterns of birds and of the habitat where they lived. 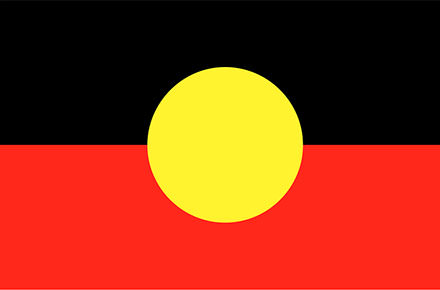 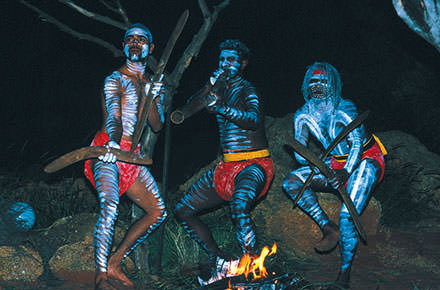 However, the settlers that had arrived in this country to build a new life for themselves and their families, paid no attention to the Dreamtime. Most were not interested in the affects colonisation was having on the Aborigines. They were considered to be a pest and a nuisance by most. The indigenous population, estimated to have been between 750,000 and 1,000,000 at the time European settlement began, declined for 150 years following settlement, mainly due to infectious disease, and thousands were massacred by settlers to make way for farms and settlements.

A government policy of assimilation beginning with the Aboriginal Protection Act 1869 resulted in the removal of many Aboriginal children from their families and communities, often referred to as the Stolen Generations. The Federal government gained the power to make laws with respect to Aborigines following the 1967 referendum. Traditional ownership of land (Aboriginal Title) was not recognised until 1992, when the High Court case Mabo v Queensland overturned the legal doctrine that Australia had been terra nullius ("land belonging to no one") before the European occupation

Australian Aborigines are one of the best known and least understood people in the world. Their culture, art and stories are in popular demand all over the world.  Aboriginal artwork and music has been incorporated in most things Australian, and has become a recognisable feature of Australia.  Indigenous Australians have a rich history and culture that is worth exploring. 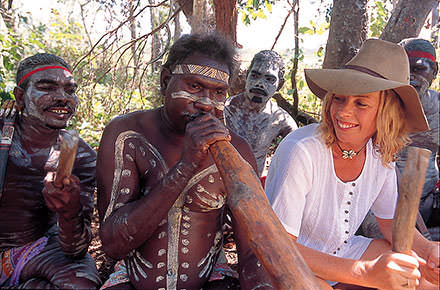 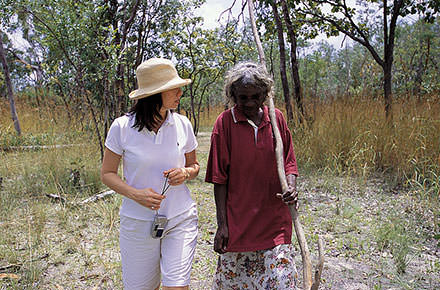 When touring the more remote regions where there are large areas of Aboriginal land, it is a good idea to respect the different regulations that are associated with each.

The Ghan - A journey by train

The Ghan is an Australian passenger train service that travels between Adelaide, Alice Springs …

NAIDOC Week is a celebration of the history, culture and achievements of Aboriginal and …

Indigenous art is a big part of the Northern Territory life. No matter where …

More of Our Culture

Visit these Useful Links
before travelling