Australians love a variety in food, a favourite being the continental deli.

Australian cuisine is one of the most eclectic in the world as they are happy to adopt ideas, ingredients and techniques from around the world.

You've never eaten until you have witnessed the culinary excellence you will find in Australia! Due to our multicultural influence, we just about have every nationalities food available in either restaurants, fast foods or supermarkets. And then there is our own cusine! Absolutely scrumptious! Recipes you'll want to take home. 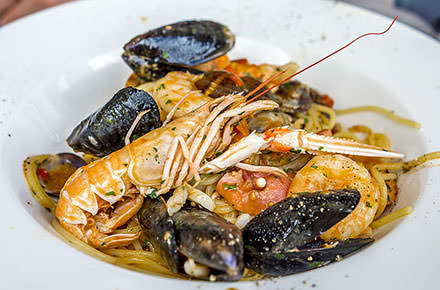 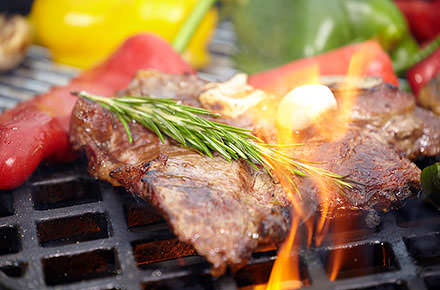 While in Australia you are bound to experience some our our great Australian delicacies, and what to take those flavours home. Just to make things easier for you, we'll be supplying various recipes to some our our cultural cuisine!

Australians have a tendency towards a lighter cooking style that suits the climate. When Australian's cook Australian style, you'll find in summer it mainly consists of bar-b-ques or recipes with little to no cooking time. Seafood is a very popular dish in summer also, many times being fresh catches from local oceans. This is because we don't want to add to the heat in the house. Whereas in winter, we love a roast with all the trimmings, casseroles, and hearty meals.

In the past 30 years there has been a great change in what Australians eat. A typical Australian household will eat Italian pastas one night, Indian curries another and Asian stir-fry's the next.

As with most other countries, Australia has it's own cuisine that has evolved over the years. Due to the abundance of cultures that settled Australia, many of the dishes evolved with a flavour from many influences. There are also arguements over the originality of some dishes, whether they were first done in Australia, or was something that was brought across from other countries. 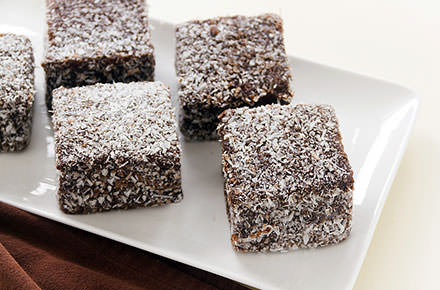 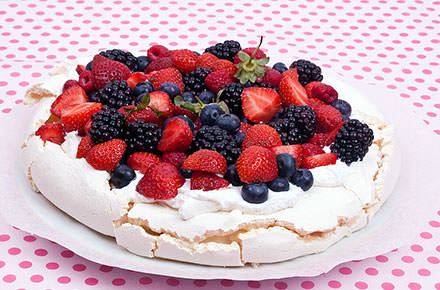 Australia is the melting pot of world cuisine! There are chefs & cooks everywhere!

In Australia you will be dazzled by the sheer quality and variety of food. Leading US food writer Barbara Kafka wrote, "Australians have one of the most extraordinary assortments of basic ingredients of high quality anywhere in the world". Australian food is a mix of Indigenous and multicultural influences, and has gained a reputation around the world as being tantalizing, delightful and surprising. Fresh-food markets found in every capital city are great places to sample the rich diversity of Australian produce.

Bush workers in the grazing industry in the 19th century were paid in rations. The issue consisted of 10lbs of meat, 10lbs of flour, 2lbs sugar and 1/4lb of tea, including salt and alcohol. The meat was originally salted pork and beef soon became mutton slaughtered on the sheep station. Bush workers meals became meat cooked on an open fire damper bread cooked in the ashes and Billy tea (sweet tea cooked in a Billycan). In the second half of the 19th century Australia started to invest in food preservation and distribution. Australian James Harrison invented mechanical refrigeration in 1851, and its first use was in long haul shipping.

Australian housewives soon became great cooks of plain food as they started purchasing local recipe books, the Golden Wattle Cookbook being one particular favourite. They became proud of their cakes and desserts that they would take to bush dances, agricultural fairs and social gatherings, these included lamingtons and pavlovas. 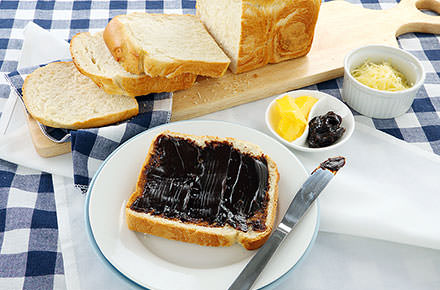 You will find all manor of restaurants and fast food here, so there will be bound to be something to tempt your palette. Check our directory for food outlets.

The Wines of Barossa

The Barossa Valley is a renowned wine-producing region northeast of Adelaide, and is the …

Originally they were called Soldiers' Biscuits by wives, girlfriends and mothers of soldiers who …

How to BBQ a Steak

Australians are famous for their BBQ's. Enjoying the beautiful climate, standing over the BBQ …

Grab a Bite or Drink