Australians can be pretty ingenious. It wasn't a matter of 'necessity being the mother of invention", it is more like "how can we make life easier?".

Here are some of Australia's best inventions.

Refrigerator
The first practical refrigerator using the principal of vapour compression was invented by James Harrision in 1856. He was commissioned by a brewery to build a machine that would cool beer.

The Bionic Ear
Professor Graeme Clarke from the University of Melbourne invented the cochlear implant in 1979.

Feature Film
In 1906 the world's first feature length film was made called The Story of the Kelly Gang, which was a little over an hour long.

The Black Box
In 1958 David Warren from Melbourne invented the recording device used in aeroplanes.

Wine Cask
In 1965 the wine cask had its beginnings in Australia when Thomas Angrove created a bag in a box containing wine, that collapsed as the wine is drawn to prevent the wine having conact with air and spoiling.

Note Pads
The first note pad was thought of when in 1902 J.A. Birchall thought it would be a great idea to stack lose sheets of paper together with a cardboard backing and glue them at the top. Before this paper was only available loose leaf.

Race Cam
The idea of a tiny lightweight camera that could provide views of motor races from inside the race car originated in 1979 from Geoff Healey who was working for the Channel Seven network at the time. 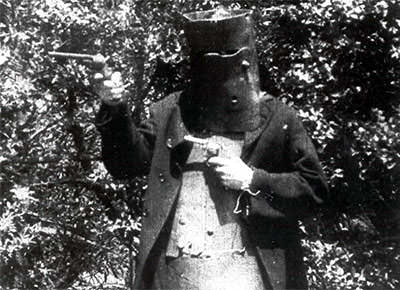 Screenshot from The Story of the Kelly Gang (1906) 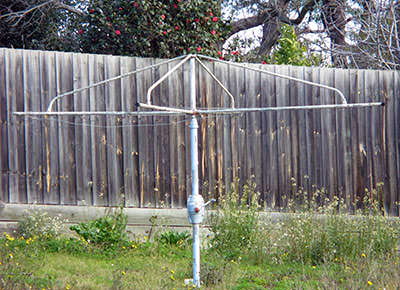 Car Radio
The first car radio was produced by Kelly Motors in New South Wales and fitted to a car in 1924.

Hills Hoist Clothes Line
The rotary clothes line that could be raised or lowered using a handy winding mechanism was invented by Lance Hil in 1945.

Inflatable Escape Slide
A Qantas airlines emplyee called Jack Grant in 1965 invented the inflatable escape slide that doubles as a life raft when detached from the aeroplane.

Trousers with Permanent Crease
In 1957 a Dr Arthur Farnworth employed by CSIRO (Commonwealth Scientific and Industrial Research Organisation), discovered a process to create a permanent crease in fabric.

Electric Drill
In 1889 a Arthur James Arnot, an employee of the Union Electric Company in Melbourne, patented the world's first electric drill. It was designed primarily to drill rock and to dig coal.

Differential Gears
In 1897 David Shearer of South Australia built a steam car with a differential inside left rear wheel hub. 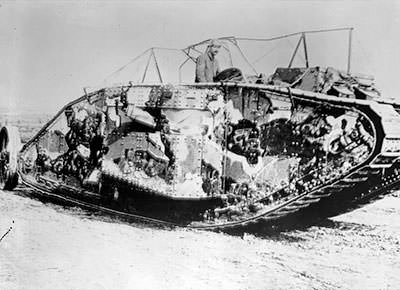 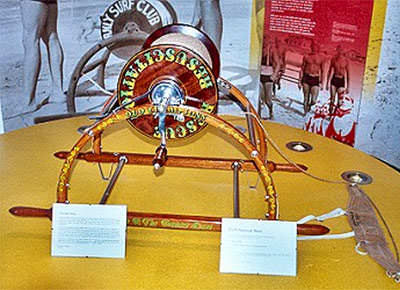 Surf Life-Saving Reel
Lester Ormsby designed the first surf life-saving reel in the world which was demonstrated at Bondi Beach on 23 December 1906.

The Tank
A South Australian, Lance de Mole, submitted a proposal, to the British War Office, for a 'chain-rail vehicle which could be easily steered and carry heavy loads over rough ground and trenches'. The British war office liked the idea but then developed the tank themselves without paying royalties.

Aspro
A Melbourne man,George Nicholas, in 1917 developed a pain reliever based on aspirin. By 1940 it had become the world's most widely used headache and pain treatment.

The Dual Flush Toilet
In 1982, the dual flush toilet was responsible for savings in excess of 32000 litres of water per household a year. 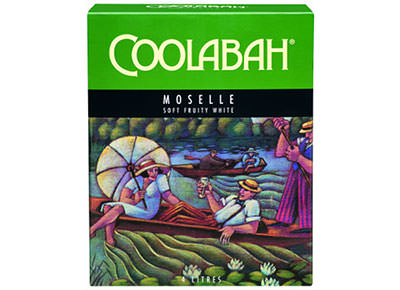 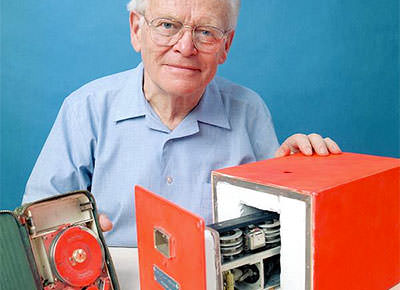