Perth is the capital city of Western Australia, and is the most isolated capital city in the world. Perth is also the world's sunniest capital city, averaging 8 hours of sun a day through the year.

Perth is the sunniest capital city in the world, with an average of 8 hours per day sunshine for 365 days of the year. Perth is nestled next to the Swan River and Kings Park, which is the largest inner city park in the world, even larger that Central Park in New York City.

The majority of the metropolitan area of Perth is located on the Swan Coastal Plain, a narrow strip between the Indian Ocean and the Darling Scarp, a low coastal escarpment. Western Australia's economy mainly relies on mining, agriculture, and tourism, with the state supplying 46% of Australia's exports. Western Australia is the second-largest iron ore producer in the world.

Outback Australia begins in Western Australia. The Menzies Shire is the largest shire in the world with the least people. Not only will you discover the wondrous open expanse of the Outback, but you will find interesting characters of all nationalities who are either the original occupants, or have endured the hardship of the land over the years and live to tell the tale of it. Those indigenous to the land will marvel you with their use of colour in their arts, or have you mesmerized by the intricate carvings of emu eggs. Station owners, miners, drovers, drifters, fossickers, the ever present bar manager and barmaids, complete the Outback experience.

Sleep, Eat & Do in Western Australia 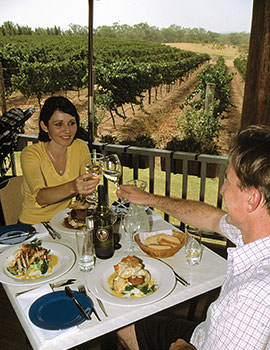 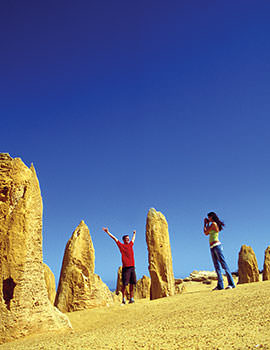 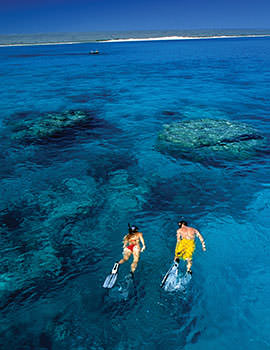 Places to Go in WA

Getting To & Around Mandurah

Mandurah is just a hop skip & jump from Perth metro. Find out how …

Menzies is a historic gold mining town where in 1894, a prospector named Robert …