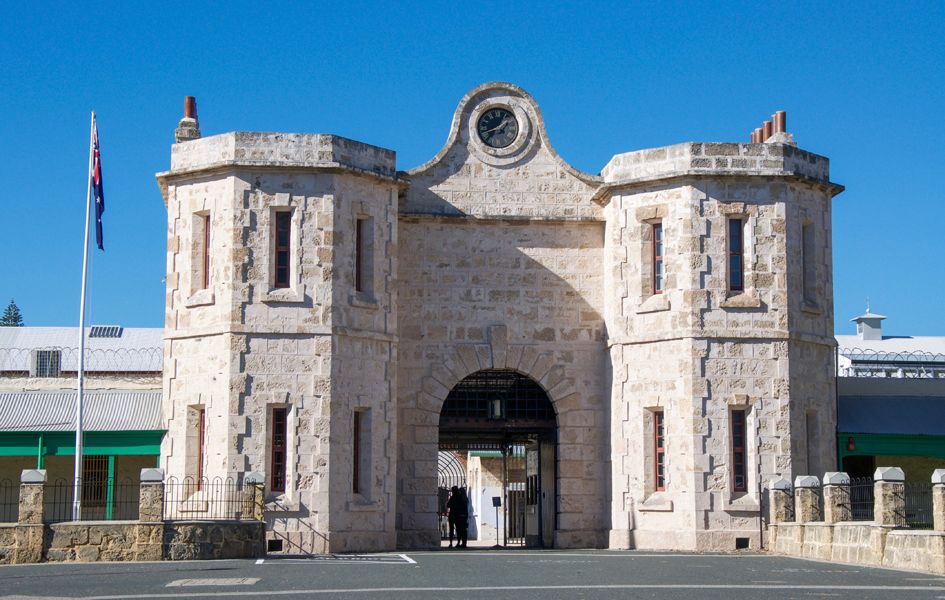 Fremantle Prison, sometimes referred to as Fremantle Gaol or Fremantle Jail, is a former Australian prison and World Heritage Site in Fremantle. Fremantle Prison is one of Western Australia's most fascinating and significant cultural attractions.

Initially known as the Convict Establishment (or just The Establishment), Fremantle Prison was constructed between 1851 and 1859, using convict labour.  The site includes the prison cellblocks, gatehouse, perimeter walls, cottages, and tunnels.

Initially used for convicts transported from Britain, it was transferred to the colonial government in 1886 for use for locally-sentenced prisoners. More than 40 hangings were carried out at Fremantle Prison, which was Western Australia's only lawful place of execution, between 1888 and 1984.

The prison closed in 1991, replaced by the new maximum-security Casuarina Prison.

Since 1991 Fremantle Prison has been conserved as a recognised heritage site. New uses have been found for some buildings within the prison, which has also become a significant tourist attraction.

Attractions include guided tours, a visitors' centre with searchable convict database, art gallery, café, gift shop,tourist accommodation. Educational activities for school children, exhibitions and re-enactments of historical events. Functions such as theme parties and dinners with re-enactments serving as entertainment are also held in the prison. Tours of the prison show aspects of prison life and recount successful and attempted escapes. Popular night tours of the tunnels are held focusing on the prison's reputation for being haunted.