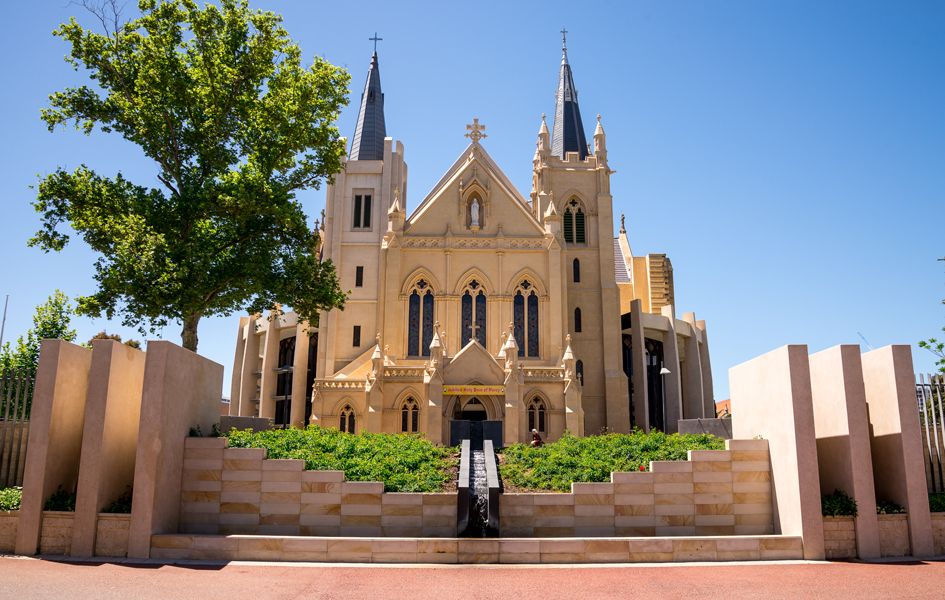 St Mary's Cathedral, Perth, officially the Cathedral of the Immaculate Conception of the Blessed Virgin Mary, is the cathedral church of the Roman Catholic Archdiocese of Perth, and seat of its Archbishop.

The cathedral is at the centre of Victoria Square, on the northern end of Victoria Avenue, Perth

The cathedral's first phase was completed in 1865. In the 1920's plans were drawn up for the replacement of the cathedral with a larger Perpendicular Gothic edifice, however, construction was interrupted by the Great Depression, leaving a new transept and sanctuary with the aisle of the original cathedral as its nave. For 70 years it was incomplete, and portions of the cathedral required extensive repair work. Funds were raised in the late 1990s - 2000s for the completion of the expansion. A new curved design was created, and it featured a second spire and underground parish centre.