The tourist mecca of Australia

Queensland, also known as the 'Sunshine State' is the country's holiday playground attracting visitors all year round.

Queensland is the most northerly state on the eastern seaboard and undoubtedly the tourist mecca of Australia.  Queensland is Australia's fastest growing state taking up around 25% of the continent's area. You'll find rainforests, coastal towns, scenic Tablelands. Along the Gold Coast, a 70km stretch of coastline offering an array of beaches, or divert inland to the hinterlands or World Heritage Listed rainforests.

Discover Queensland, Australia's sunshine state. Queensland is the second-largest and third-most populous state in Australia. Situated in the north-east of the country, it is bordered by the Northern Territory, South Australia and New South Wales to the west, south-west and south respectively. Queensland has 13 unique regions for you to explore. The state also contains six World Heritage listed preservation areas: Australian Fossil Mammal Sites at Riversleigh in the Gulf Country, Gondwana Rainforests of Australia, Fraser Island, Great Barrier Reef, Lamington National Park and the Wet Tropics of Queensland.

Edging the Queensland coast is the World Heritage Great Barrier Reef that stretches for more than 1,250 miles (2,000km). Situated within the Reef are a myriad of islands that add to the already overwhelming biodiversity of the Reef system. The Great Barrier Reef has the most diverse animal and plant ecosystems on earth. Take time out to have a dive amid the splendour of iridescent fish and coral.

Major theme parks, wilderness parks, wineries and a choice of championship golf courses scatter the coastal region. Day and evening Surfers Paradise has live street and indoor entertainment, which means the action is non-stop. If you love shopping, then Queensland is the place to go. It houses some of the best design names in Australia, where you can still buy at reasonable prices.

Head further north or inland and you will find a diversity of environs. You can farm stay in premier beef cattle country, or visit sapphire gem fields. Explore the rainforests or head to the Great Barrier Reef or the popular Great Keppel Island. Soak up history in mining towns, or learn about Aboriginal culture. No matter where you are in Queensland, you will soak up authentic Australian charm, mateship and enjoy fantastic weather at the same time.

The international airline Qantas (Queensland and Northern Territory Aerial Services) was established in Longreach, Queensland, in 1920.

Sleep, Eat & Do in Queensland 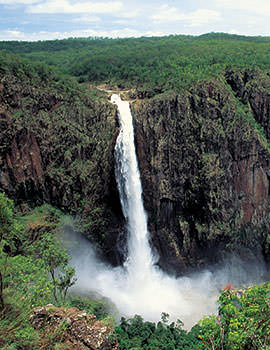 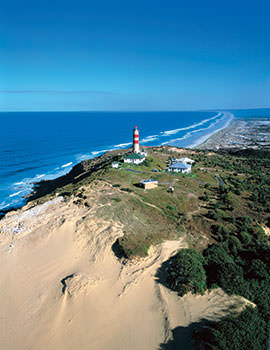 Places to Go in QLD

The Atherton Tablelands is a highland region of northern Australia near Cairns, Queensland.

Other Things to See in Queensland