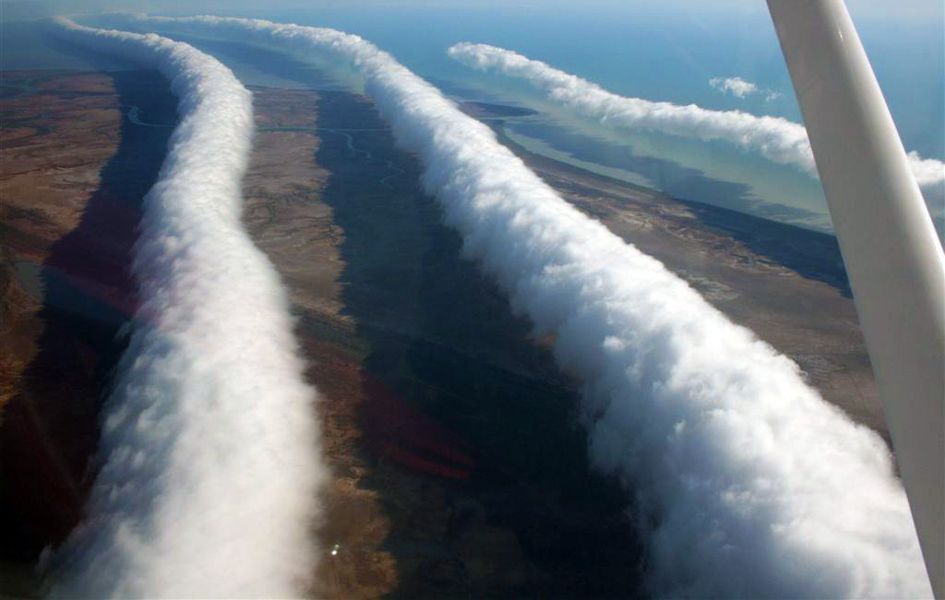 This Morning Glory cloud formation was taken from a plane near Burketown in the Gulf of Carpentaria, Queensland.  The Morning Glory clouds can be observed around Burketown from late September to early November. There are generally only a handful of well formed spectacular clouds during this period at Burketown.

The Morning Glory cloud is a rare meteorological phenomenon consisting of a low-level atmospheric solitary wave and associated cloud, occasionally observed in different locations around the world.  The southern part of the Gulf of Carpentaria is the only known location where it can be predicted and observed on a fairly regular basis due to the configuration of land and sea in the area.

Morning Glories are usually associated with frontal systems crossing central Australia and high pressure in northern Australia. Locals have noted that the Morning Glory is likely to occur when the humidity in the area is high and when strong sea breezes have blown the preceding day.