The Twelve Apostles is one of the most visited natural sites in Australia. The site contains various geological rock types, including limestone, calcarenite, mudstone and sandstone. The Twelve Apostles are large limestone stacks which were formed as a result of erosion by rain, gale force winds and wild seas.  Some of the largest stacks stand approximately sixty five metres above sea-level. Unfortunately, on 3rd July 2005, one of the fifty metre high Apostles crumbled down to the ocean, leaving only eight apostles still standing.

For the protection of the marine environment, a number of activities are prohibited: No fishing, netting, spearing, taking or killing of marine life. All methods of fishing, from the shore or the sea, are prohibited.


12 Apostles - Another One falls down 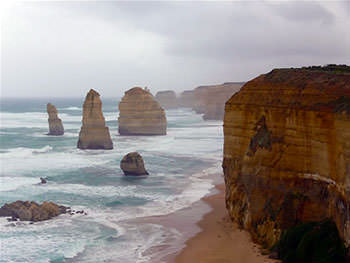 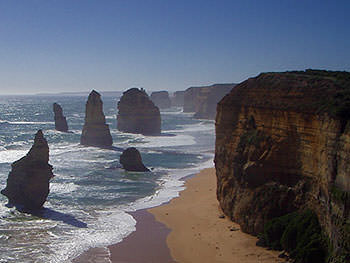 The best photographic images of The Apostles can be achieved early in the morning.