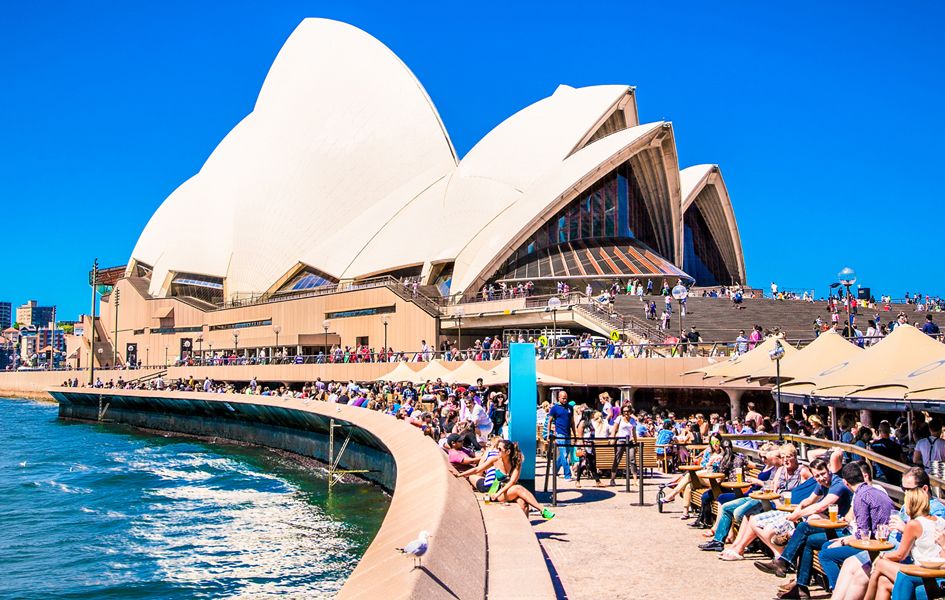 The building and its surrounds occupy the whole of Bennelong Point on Sydney Harbour, between Sydney Cove and Farm Cove, adjacent to the Sydney central business district and the Royal Botanic Gardens, and close by the Sydney Harbour Bridge.

The Sydney Opera House features a modern expressionist design, with a series of large precast concrete "shells", each composed of sections of a sphere of 75.2 metres (246 ft 8.6 in) radius, forming the roofs of the structure, set on a monumental podium. It is supported on 588 concrete piers sunk as much as 25 m (82 ft) below sea level. Apart from the tile of the shells and the glass curtain walls of the foyer spaces, the building's exterior is largely clad with aggregate panels composed of pink granite quarried at Tarana.

The building comprises multiple performance venues which together host well over 1,500 performances annually. As one of the most popular visitor attractions in Australia, more than eight million people visit the site annually, and approximately 350,000 visitors take a guided tour of the building each year.