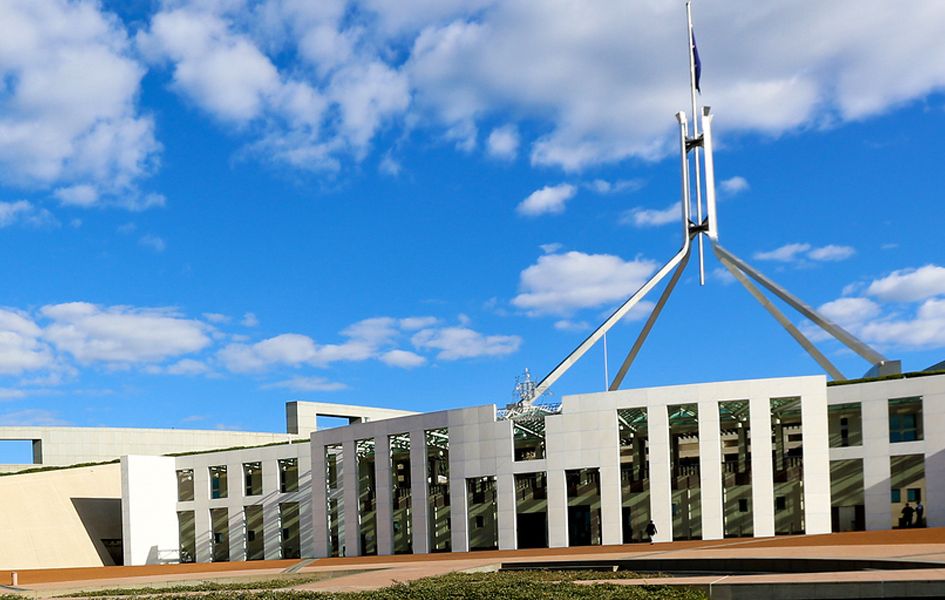 The principal design of the structure is based on the shape of two boomerangs and is topped by an 81-metre (266 ft) flagpole.  The building was designed to "sit above" Old Parliament House when seen from a distance. The building is four metres (13 feet) higher than the original height of the hill.  There is a 43.3 kW photovoltaic system on the roof of Parliament House. The panels cover an approximate area of 470 square metre. At the time of construction, the system was one of the largest installed for solar power in Australia.

Parliament House contains 4,700 rooms, and many areas are open to the public. The main foyer contains a marble staircase and leads to the Great Hall, which has a large tapestry on display. The House of Representatives chamber is decorated green, while the Senate chamber has a red colour scheme. Between the two chambers is the Members' Hall, which has a water feature and is not open to the public.

The new Parliament House is a central hub for events in Canberra, hosting many of the nation's largest and most important function events. Parliament House has 14 event spaces that can be used for special events & is one of the few parliament houses in the world where private events are permitted.