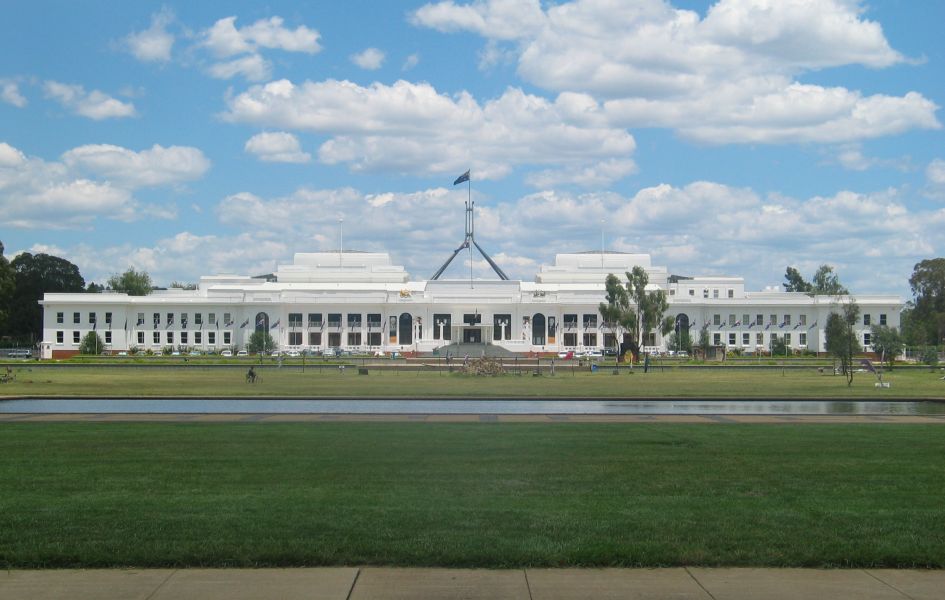 After World War I the Federal Capital Advisory Committee was established to prepare Canberra to be the seat of government, including the construction of a Parliament House. The committee decided that it would be best to erect a "provisional" building, to serve for a predicted 50 years until a new, "permanent" House could be built. In the event, Old Parliament House was Parliament's home for 61 years. In the last decade of its use as a parliament the building had a chronic shortage of available space.

Old Parliament House is at the base of Capital Hill at the centre of the Parliamentary Triangle.On either side of the building are situated the Parliamentary Gardens—one each for the House of Representatives (eastern side) and the Senate (western side). The gardens were neglected for a period after the building was vacated by the parliament in 1988. After restoration, they were officially reopened to the public in 2004, now known as the National Rose Garden.

The building re-opened in May 2009 as the Museum of Australian Democracy at Old Parliament House to celebrate democracy and Australia's political history.