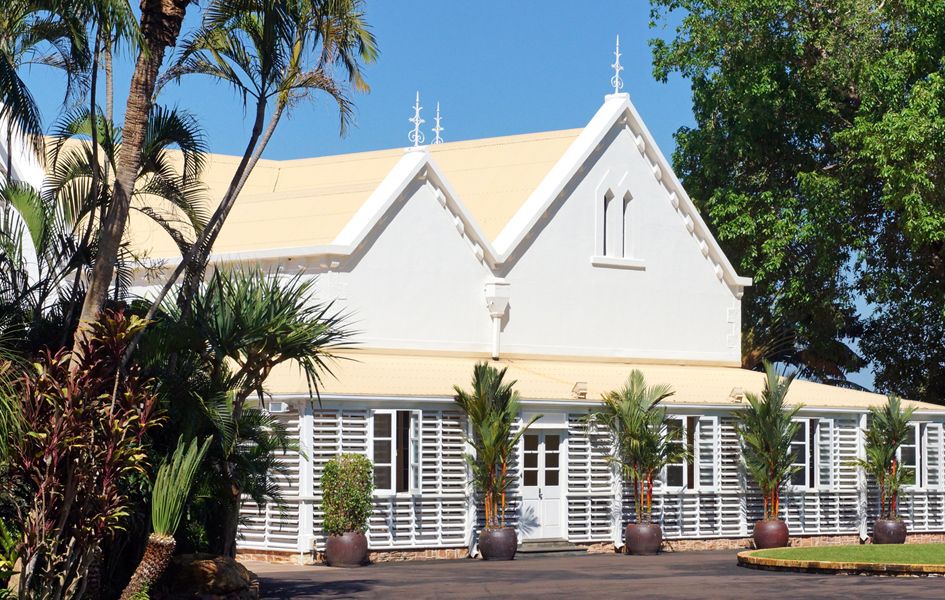 The Government House is an example of a mid-Victorian Gothic villa, which has been adapted for the local climate by the addition of numerous shaded verandahs and porches. It has endured cyclones, earthquakes, enemy bombing raids, infestations of white ants and rowdy public demonstrations to remain one of the most spectacular and attractive buildings in Darwin.

Government House is listed on the Register of the National Estate and was declared a Place of Heritage under the Heritage Conservation Act (Northern Territory).