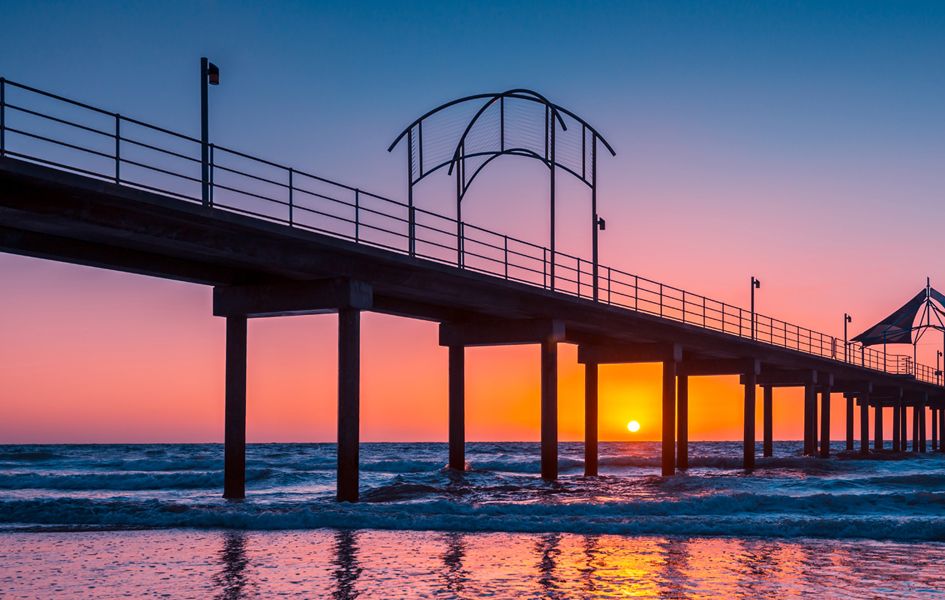 Brighton Beach is a large sandy beach in the coastal suburb of Brighton, Adelaide. It is situated between Seacliff and Glenelg and aside Holdfast Bay.

Brighton Beach is popular for Adelaide beach goers as it is regarded as a relatively safe beach.

For many years a sand replenishment program has been in operation in the beach sand dunes, gradually replacing eroded sand and replanting of the dunes with coastal vegetation.

Brighton is well known by local surfers for producing messy but fun "stormy sessions". In summer, a sandbar normally forms in the water which produces waves on windy days.

Brighton's Jetty Road runs perpendicular to the Esplanade. The first Brighton Jetty was built in 1886 and weathered the sea and storms for over 100 years. The Brighton jetty was badly damaged by winter storms in the 1994.

Brighton Jetty is home to many restaurants, cafes and the local hotel, known as "The Esplanade", or "Espy".

Brighton Beach is patrolled by the Brighton Surf Lifesaving Club on Weekends and Public Holidays between November and March.