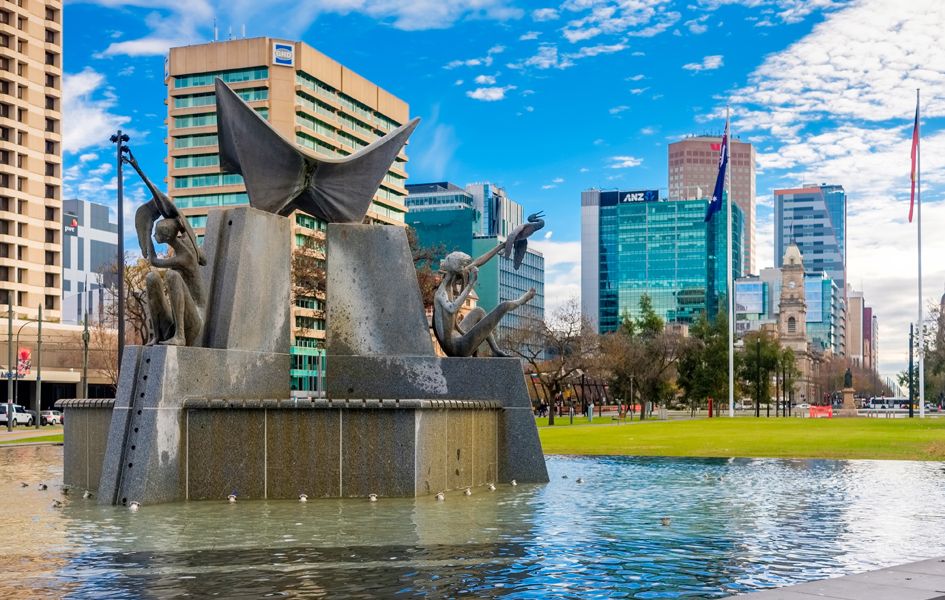 Victoria Square (named after Princess Victoria), is also known as Tarntanyangga, and is a public square in the city of Adelaide.  The Kaurna people know the area as Tarndanyangga, "The Dreaming Place of the Red Kangaroo".  In line with the Adelaide City Council's recognition of Kaurna country, the area is officially referred to as Victoria Square/Tarndanyangga.

Victoria Square is in the centre of the city and is bordered by numerous public institutions at its north and south ends, including the Supreme Court of South Australia, the Adelaide Magistrates' Court, the Federal Court of Australia, the historic old Treasury building and the General Post Office. The eastern side consists of the Roman Catholic Cathedral Church of St Francis Xavier, Government offices and the Torrens Building which houses campuses of several international universities & institutions. The west side contains professional & commercial buildings, including the Adelaide Central Market and the Hilton hotel. Located in the centre of the square, adjacent Reconciliation Plaza, is a statue honouring Queen Victoria.

The east-west road connecting Grote and Wakefield Streets was named Reconciliation Plaza in 2013. The plaza hosts two flagpoles flying the Australian National Flag and the Aboriginal Flag, which has flown permanently in the square since 2002.

Tarndanyangga was the central camp of the "Dundagunya tribe", a community numbering in the thousands.