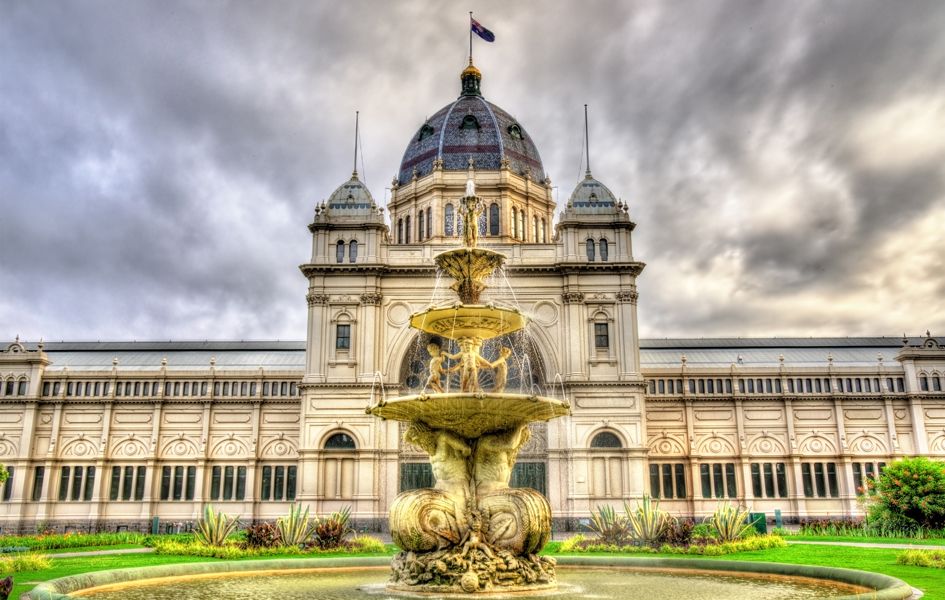 It is located in the Carlton Gardens, flanked by Victoria, Carlton and Rathdowne Streets, at the north-eastern edge of the central business district.  It sits adjacent to the Melbourne Museum and is the largest item in Museum Victoria's collection.  Trade fairs and public expos are often held at the Royal Exhibition Building annually.

Throughout the 20th century smaller sections and wings of the building were subject to demolition and fire; however, the main building, known as the Great Hall, survived.