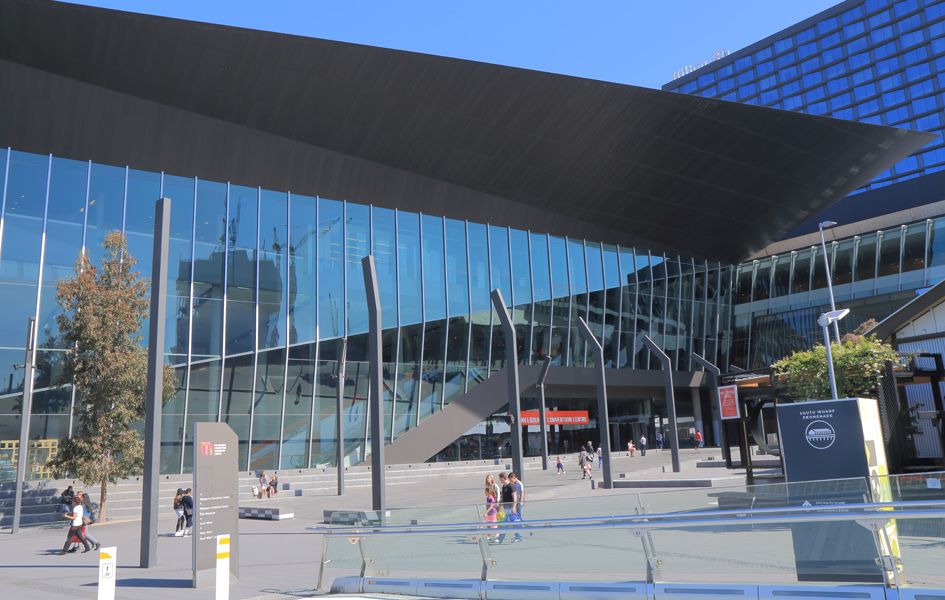 Recognised as Australasia’s Leading Meetings and Conference Centre from 2012 - 2016 by the prestigious World Travel Awards, and has won some of Australia’s most prestigious architecture and design awards.

The Exhibition Centre, opened in 1996,  has a  main entrance of metal blades tilted at an angle and supported by a pair of yellow rods, and placed on the list of Melbourne’s most iconic buildings.

The Convention Centre opened its doors in 2009. The triangular form of the building relates to its site, a key focal point for Melbourne’s urban axis that runs through the Central Business District, Docklands and the Yarra River.