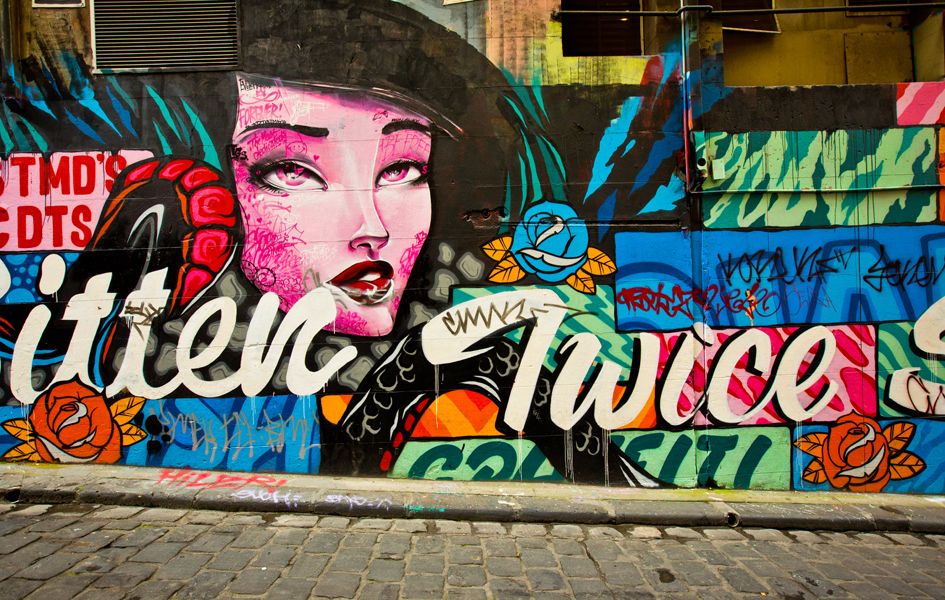 Melbourne has gained international notoriety for its diverse range of street art and associated subcultures.  Melbourne was a major city in which stencil art was embraced at an early stage, leading to the naming of Melbourne as "stencil capital of the world'.

Many galleries in the City Centre and inner suburbs have started to exhibit street art.  Hosier Lane is Melbourne's most famous laneway for street art, however there are many other laneways in the inner city that have a plethora of street art.

Prominent international street artists have contributed work to Melbourne's streets. Some local councils have accepted street art and have even made efforts to preserve it.  A perspex screen was eracted to prevent a 2003 Banksy stencil art piece named Little Diver from being destroyed.

Take a walk around Melbourne & view some of it's beautiful street art.