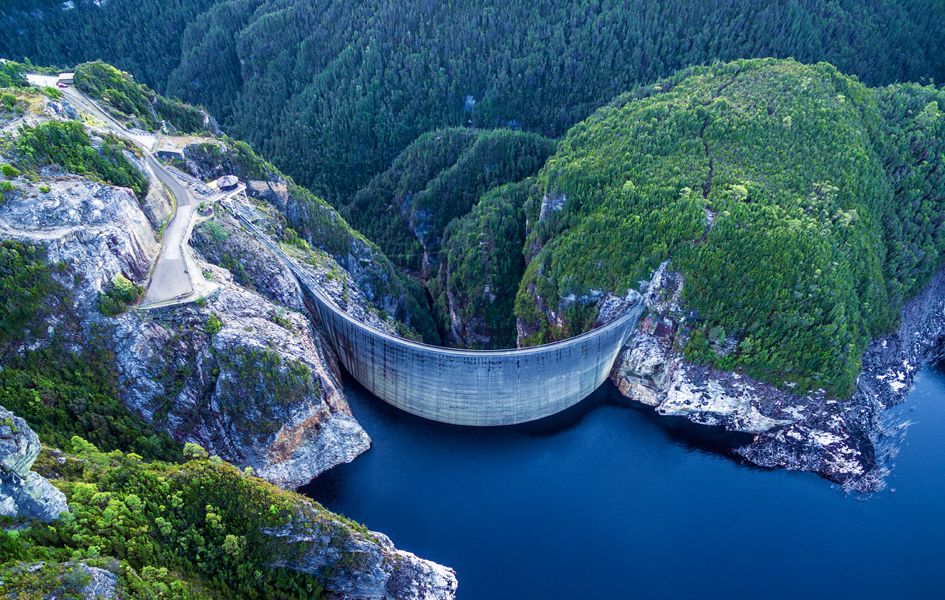 The dam was constructed in 1974 by the Hydro Electric Corporation (TAS) for the purpose of generating hydro-electric power.

Lake Pedder was originally flooded as part of the Gordon power scheme. There was widespread opposition to this action from conservation groups at the time.  In 1995 a Federal parliamentary inquiry investigated the feasibility of restoring the original Lake Pedder. The inquiry found no compelling biological conservation or environment protection reasons to restore the original Lake Pedder.