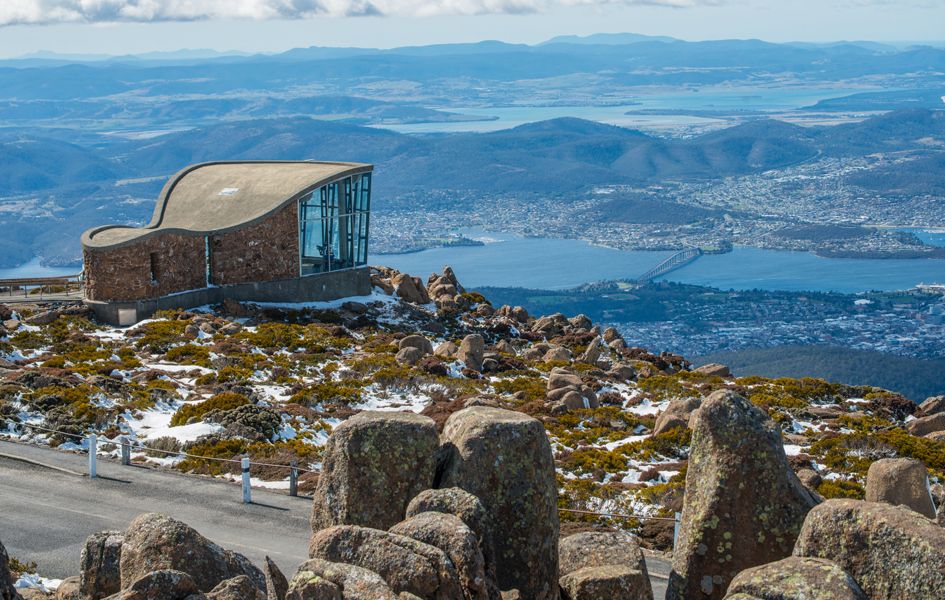 Mount Wellington, is known officially as Kunanyi / Mount Wellington, (incorporating its Palawa kani name (Aboriginal: Unghbanyahletta or Poorawetter). It is a mountain in the southeast coastal region of Tasmania and is the summit of the Wellington Range which is within the Wellington Park reserve.  At it's base in much of Hobart City.

Frequently covered by snow, and sometimes even in summer, the lower slopes are thickly forested with many walking tracks and a few fire trails.

An enclosed lookout near the summit has views of the city below and to the east, the Derwent estuary, and also glimpses of the World Heritage Area nearly 100 kilometres (62 mi) west.

Mount Wellington was originally referred by the original Tasmanian nations of the area as Unghbanyahletta (or Ungyhaletta), Poorawetter (or ‘'Pooranetere'’, also Pooranetteri),[1] or kunanyi to the indigenous people of Tasmania. The Palawa, the surviving descendants of the original indigenous Tasmanians, tend to prefer the latter name.

Visitors to the summit are advised to dress warmly against the often icy winds at the summit.  A day on the summit can consist of clear sunny skies, then rain, then snow, then icy winds and then clear again.