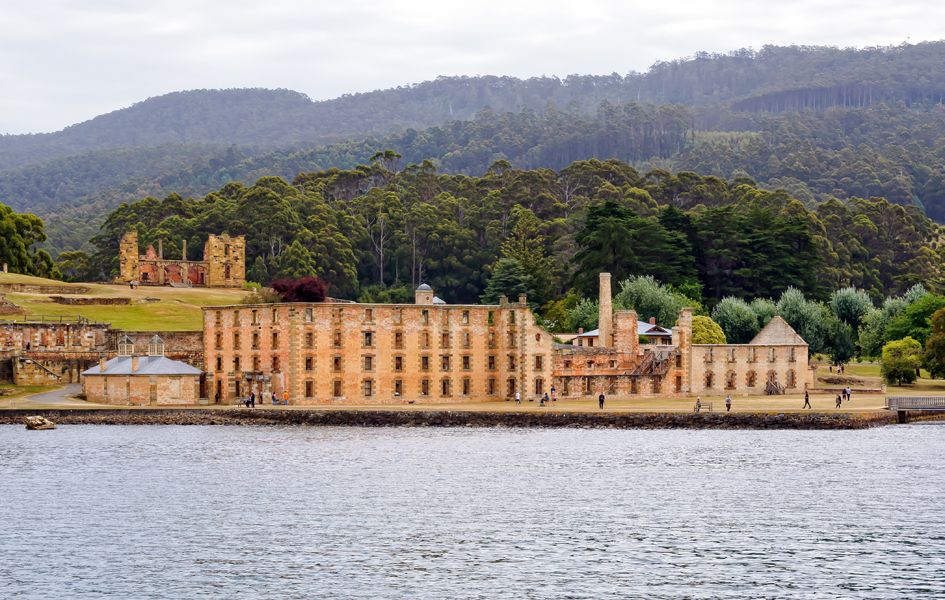 Port Arthur is a small town and former convict settlement, and now a popular historic landmark, built in the 18th & 19th century on the Tasman Peninsula.

The site forms part of the Australian Convict Sites, a World Heritage property consisting of 11 remnant penal sites originally built within the British Empire.  Port Arthur includes: The Penitentiary, originally constructed as a flour mill and granary in 1843, before it housed hundreds of convicts in dormitories and solitary cells.  The Separate Prison, where harsh physical punishment was replaced with punishment of the mind.  The Convict Church (unconsecrated), where the aim was to reform Port Arthur’s convicts through a regime of religious instruction and worship.

In 1996 it was the scene of the worst mass murder event in post-colonial Australian history, leading to Australia's strict gun control laws.